Yo, this shit happened. Check it out and download it here
Posted by CHUG LIFE at 11:54 PM No comments:

The Sky Above And Earth Below

Normally I'm not a huge fan of melodic screams, but The Sky Above And Earth Below fucking kill it. Honestly, this is the only band I have heard in so long that actually plays dope post-hardcore music. Real talk. Its so awesome when a band can actually pull of such a wide variety of dynamics. It gets so tiring when bands stick to one very narrow sound. Literally think of any type of part that would be in a scream song; I'm talking like punk parts, heavy parts, furious parts, chill parts, all that stuff. It becomes even more impressing when you take into consideration that the band only consists of three dudes.

Its kind of funny because I have known one of the dudes in this band for a long ass time. I met him sophmore year of college because he was friends with my room mate from Portland, and I remember he was introduced to me as "someone who also likes screamo". He and I talked about music and liked alot of the same stuff. We hungout a few times and it was really dope, and then he started The Sky Above And Earth Below and I didn't really see him after that. Another dude in the band runs Friends For Life Records, and that guy is really cool as well and we met under similar circumstances.

Fun fact, this band was originally inspired by the Zelda series, so that instantly makes it dope. Its always nuts when you findout that people you know are in really awesome bands, and let me tell you, this is a really awesome band. They have a legit description on the FFL website which reads:

The Sky Above and Earth Below is a three-piece featuring Miller Reda , Sam Pape , and Reid Stubblefield from Portland, OR. They fell into their current line-up in early 2012 after years of Miller Reda writing and recording many of the songs solo. Today, they play sometimes spastic, sometimes sparse and dreamy post-hardcore, largely influenced by Shai Hulud, Portraits of Past, and many bands from the late 90’s screamo movement. The LP is the result of well over a year of steady writing and playing out as much as possible in-and-around Portland, OR.


Listen to this shit right now. Stop listening to whatever you are doing and go to their bandcamp and listen to "Parting Ways". I'm serious. You don't want to be sleeping on this band. Shit is so tight. I got that download link. I heard Reid is a capitalist pig, but you can get the LP here. Word. 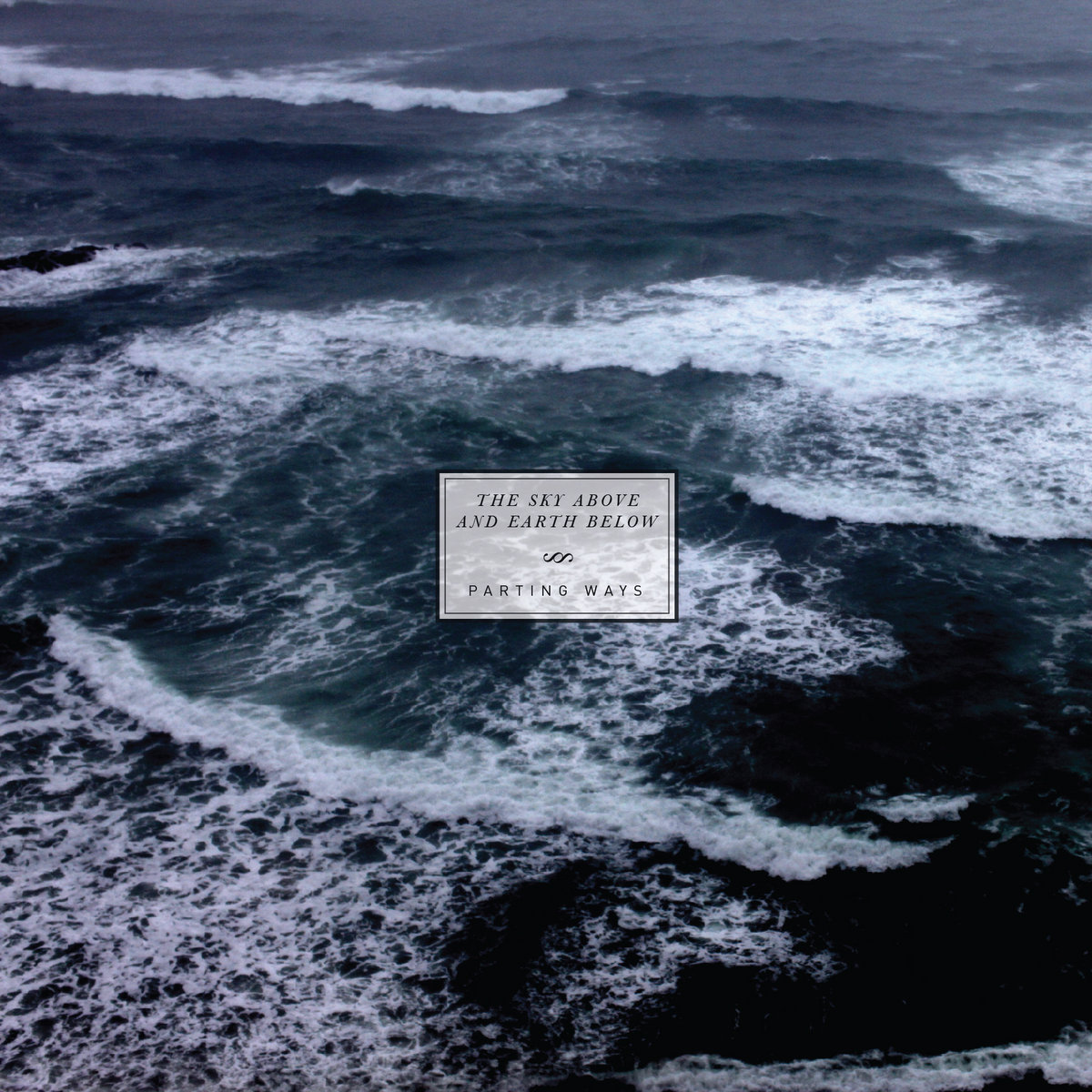 Parting Ways
Posted by CHUG LIFE at 7:50 PM No comments:

Labels: The Sky Above and Earth Below 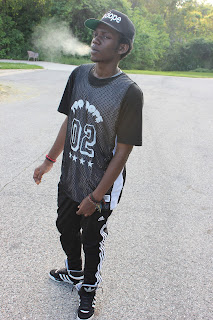 Dutch is, I suppose, the more "hood" member if 7th Floor Villains, lyrically speaking. Most of his stuff is about drugs and shit. While some of the other members are sometimes playful or intellectual, Dutch seems to be more serious and gritty.

I don't know him nearly as well as the other ll7fv cats, but he's a cool dude. I've seen him a few times and he definitely puts on a really good live show. Dutchy seems to be one of the more popular members of the crew, but I don't really think anyone can say anything like that for certain. I'm basing that assumption on youtube views and watching kids get buck at his shows.

OG Dutch Master was the first member of ll7fv that I ever listened to. I'm pretty sure it was "Raw Dope", but I can't really remember. All I know is I was super impressed and then shortly after met the dudes and started bumping them all alot.

So yeah, you can peep both of OG Dutch Master's albums via his Sound Cloud and you can find a bunch of stuff and downloads at Dope Music. Check it out. Check it all out. Word. 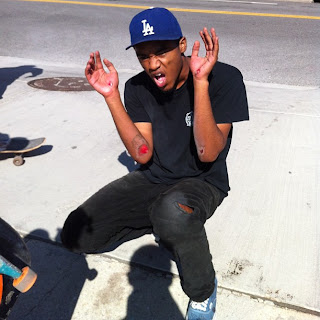 Over the past couple of weeks I have become  pretty good friends with a few dudes associated with the Baltimore based rap crew 7th Floor Villains. One of the many homies I have been kicking it with is Butch Dawson. He produces alot of beats and also raps, and made one of my favorite songs that the crew has out right now:

The first time I saw him play, I think, was at that one Llamadon with the handsome boy juice at that warehouse place. I was wasted, but I remember someone throwing pokemon cards at some point. Since then we have kicked it a good amount of times, and the last time I saw him I indirectly got him to play "Irongrip" twice, which fucking ruled. He makes some really fucking dope beats and also has a really awesome style of rapping. Real original. Real cool. His style is more relaxed and subject matter is less serious and hard, which honestly makes him more genuine in my opinion. Obviously I have nothing against rappers with "thug" content, that is some of my favorite shit, but its nice when people are honest in their music and don't put on some front in order to try to assimilate themselves with some image involved with their specific medium or genre. Shit is real.

You can read some actual article about him here. One of his homies is associated with this blog and you can download alot of villains' material from that. This is his Sound cloud and this is his new album, Champion Ships, which fucking rules so hard. Seriously, check that shit out real soon. You can download his stuff from his sound cloud and also from Dope Blog, so yeah, do that. Hopefully the video for "Yadda Yadda" will be done soon, so keep an eye out for that. Word.

PS. Come to this show and see a metric fuck-ton of my friends: 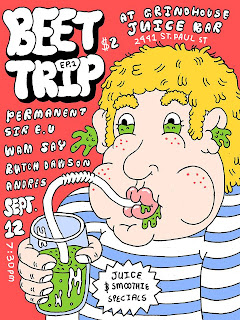 Further Seems Forever - The Moon is Down

Honestly, this is another album that is essential for you, as a person, to enjoy in order for me to give a certain amount of fucks about you.

The Moon is Down is Further Seems Forever's best album, obviously. It was released in 2001 on Tooth and Nail, after Chris Carrabba of Dashboard Confessional fame had already left the band or whatever but then returned to record the album. He started Dashboard in 2000, left FSF, then came back just to record this shit. I would like to imagine that he decided to do so because this album would be the best thing he ever was a part of, musically. Sorry dude, but we all know its the truth.

But yeah, after this album came out Chris dipped the fuck out to go make music for Spiderman and shit, and Further Seems Forever put out some more records I don't listen to. FSF eventually broke up and then got back together, touring with Carrabba again and I guess they are still doing that. I mean they were doing shit this year, so yeah.

The Moon is Down is so fucking good. If you don't fuck with this record you are missing out so hard. I'm serious. This record, in my opinion, holds it own with most of the huge post hardcore / emo bands of the same era.

Whatever, just download this if you don't have it. Word? No bullshit, this album is one of the best albums ever. Especially in the realm of alternative music. You can talk about statistics and shit, which are that the album is 6x platinum, spent 104 weeks on the Billboard top 200, and 3 of the 5 singles from the record made it to Top Ten status. "Semi-Charmed Kind of Life" was the best received track, getting up to number 4 on billboard, number 1 Modern Rock Tracks, and won the band a fucking Billboard Music Award. We can also talk about how every single song is at least good, the dude from Smash Mouth played drums sometimes, and generally speaking these songs are so much better once your older and know about drugs and sex. I'll admit that when Cheese reintroduced me to this album a while back I was hesitant, but then we bumped it the whole way through and since then its been a part of my being. I'm serious. I love the shit out of every single song on this record. The b-sides and non singles are just as good as the ones that got real hot. Third Eye Blind's other albums are okay, but this shit is seriously one of the best records of the '90s. I will fight you if you disagree. You already own this shit, and bump it alot? Fuck yeah, we're tight. You don't like this album? Go fuck yourself. Learn how to get intoxicated. Word. Ken Burns is a screams band from Boston area that is named after the documentary film maker Ken Burns. Dudes from Sneeze, Apart, Who Goes There?, and The Saddest Landscape are in this band. It's cool though, because its MVB. The homies recorded their first release with Will Kill at Dead Air Studios, so you know this track is oozing with skreem cred. Dripping.

I really dig their record alot. It's tight because its raw at times but then draws influence from alot of really dope bands and subsets of post-hardcore. The first time I heard this record all I could think about was how this band is going to fill the hole that was left when Beau Navire went inactive. Stylistically they remind me of alot of the earlier European screamo bands mixed in with some of the better melodic groups over here in the states. Nothing too flashy, just really good songs. Its tight because alot of times you have bands that have fast/chill transitions and its good enough but nothing too dope, but Ken Burns has some of the better song structure I've heard recently.

You can listen to the album on Youtube, which is posted below. They dont have a website or anything but if you want to holler at these dudes for whatever reason you should holler at The Saddest Mike. His email is Prowl20@gmail.com and that's who you would get ahold of for booking and to get a copy of the tape, which costs 4 bucks. I have one and its sick, I love it. But yeah, I got the download below, and you can watch the video. Check this shit out, its so fucking cool. Their next show is with Caravels in Boston, so if you are up there then check that shit out. Word. 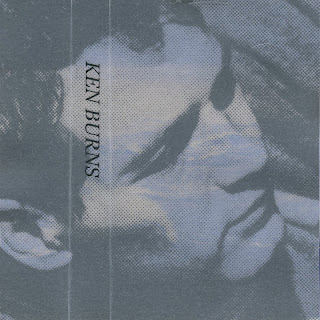