Caust / [This is Not For You] Split 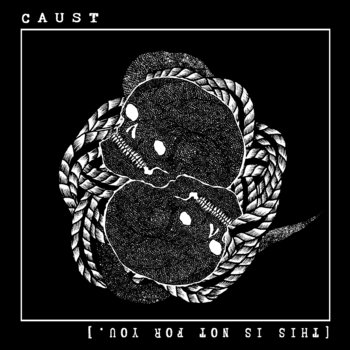 2013 is seemingly the year of the youngs. Creative output from the scream scene waxes and wanes, but I would go so far as we are at the beginning of a veritable tsunami. The past year, give or take a season or two, was a drought: in deep inhale before the explosive exhale. Thankfully, you can see the waters beginning to culminate into a vast tidal wave. There are manly locations of note when discussing various sub-sets of post hardcore, but I have always been of the mindset that the mid-Atlantic was a vastly unappreciated region which is home to an impressive number of should be notable bands and individuals. I now give you proof. I feel like I have been charged with taking on the role of Prometheus.

Caust and [this is not for you] just released this split the other day. Caust is championing the more driving sub set of the genre, while [tinfy] is on the chaotic end of the spectrum, which is admittedly more my cup of tea. The Caust tracks remind me of some of the more classic scream bands, in that the songs are steady, dark, and have somewhat logical progressions. On the other hand, the [tinfy] side is a little harder to pin point. The darkness permeates the entire record, but there is something a tad more sinister in the songs by the Ocean City crew. To me, their songs sound more influenced by hardcore. You will understand when you listen.

Both the bands are made up of people who are in multiple bands. I don't know all of the different connections, but I'm sure it wouldn't be hard for someone to figure out. Another common thread between the active parties of this release is that they are going on lengthy and note worthy tours this summer. Caust is doing a full American tour in July I think, where as the members of [tinfy] are going on tour with their other, more accomplished band Full of Hell in Europe to support Circle Takes The Square. I know right.

The split below is free to download via the Caust bandcamp. The 7 inch is being released by three labels and  you can find all the details in the link below. I strongly suggest that you take a cigarette break and listen to this album. Also, go out and see both of these bands if they are coming around. I have had the pleasure of seeing both and they will not disappoint. If you do have a chance to meet these guys, buy them alcohol because they are barely old enough to buy smokes. Word.

Labels: Caust, Full of Hell, Maryland, this is not for you

So, Icelandic post everything Sigur Ros has just begun their live stream pod cast whatever the fuck it is of their new album. I have no idea what it is, but I would imagine its like a live show or some shit. "Fully interactive 360 degree webcast. First broadcast of tracks from the new album". I'm at work so I can't watch it for an hour, but it seems pretty dope. I'm gonna check it out when I go home. But yeah, if you are into the band, which you should be, check out the link below if you have some time. I guess it literally just started so the sooner you get on this tip the better. Should be cool. Word.

Yo. Just saw that Native is streaming a track from their upcoming album, "Orthodox". It's coming out via Sargent House on August 20th. Check it out below. Word.

Yo. I have been neglecting chug recently, but that tends to happen when life gets in the way. I just got back from the little мища / Bath Salts tour, which was really dope by the way. If anyone who was there reads this, then thanks for making it a really fun weekend and a worth while escape from reality. I'm going to try to pay more attention to chug, especially now that there are a shit ton of new releases out and I met a good bit of new bands recently, so the drought it seemingly over for the time being. Cheers all around.

Anyways, this is a post about Merkin. The band consists of three young ladies who reside in Idaho. The only reason I was made aware of this charming group was via keeping a casual eye on a girl who I had a tour crush on last summer when we were up in those parts. Regardless of my quasi creep factor (which I assure you is not the case, I am not creeping on her whatsoever) I was made aware of the band via posts and reposts by the girl mentioned above and mutual friends. Today at work looked it up while being bored out of my mind and got the url and stuff so when I came home, after eating bread I later found out was molding, I could check out their bandcamp.

This shit is really cool. Its funny, relaxed garage punk. The songs are somewhat silly, but the structure and composition shows talent and skill. Obviously this is not a "serious" project, but it does not negate how enjoyable it is. I appreciate light hearted music, especially when it makes me grin, which these songs did. There are songs about dragons and cats and stuff, which is dope. Basically this band is the definition of female garage rock. Somewhat abrasive, but mostly just fast and simple, these songs are really fun to listen to. I like how the songs are lo-fi, but not obnoxiously so. The vocals are really well done also.  My favorite song on the demo is "Enya's Revenge".

The demo was recorded at the Black With Sap basement, which is fucking awesome because I love those dudes. Some of the nicest people you will ever meet by the way. If you ever go up there get in touch with those dudes, and get Merkin to play your show. Check out their bandcamp and snag the album from them directly. Pay them money, even though you don't have to. Word. 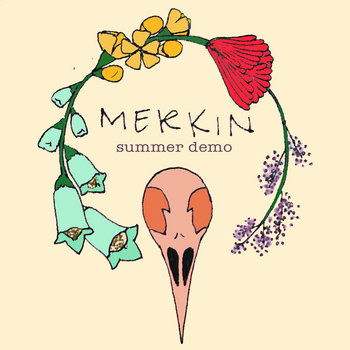