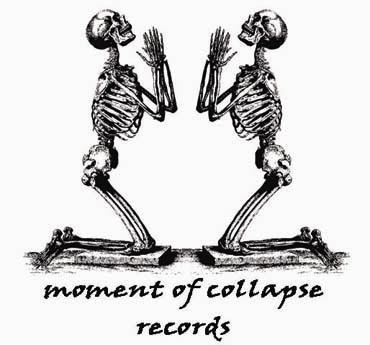 I'm hopefully going to get some money in the next few days so I can buy some records on line. Moment of Collapse is kicking some much ass this fall, releasing three rediculous albums: Connections Part II 12", Arse Moreira & Resurrectionists split 6" and Capsule & Furnace split 7". The first two have already made their way to the internet, and into my hot little hands. The Capsule/Furnace piece just came out yesterday I believe, so when I find it I'll throw it up here. Im so fucking excited about all of these releases. Please go to Moment of Collapse and buy shit form them, they need some cash due to the shit ton of releases. They need your money to keep on making me happy with good records. Below are the two albums and the description of each straight from the MoC website (I fixed some spelling). Word.

This is the second part of the 'Connections' Series. This time with Suis La Lune, The Saddest Landscape, Captain Your Ship Is Sinking, Kias Fansuri, Isaiah and Adorno.
The idea behind this release didn´t changed. 6 bands from 6 different countries celebrating the connections that can be built up by the possibilities of diy - movement. The Cover artwork was designed by Sebastian Weiß, who also gave the first part of this series the awesome look. The second part includes pastel-green colored vinyl and a big sized poster with lyrics, words and statements from the bands concerning, how they think about diy, making music and in which way they are connected to these ethics. On the other side of the Poster you`ll get another awesome design by Sebastian Weiß. This piece of vinyl contains around 50 minutes of connected and 100% unreleased music. Each of the 515 copies is hand numbered.

Suis La Lune starts this compilation. They give two great songs. First one starts with some kind of little intro which flows into the first brilliant song which proof that this band found their sound and know what they are doing. beautiful melodies, sometimes distorted sometimes clean, guided by spoken, screamed and sung vocals. The second track follows directly after the first one without taking a break or even a second of silence. This song is a little bit calmer and your ears will be caught by a brilliant songwriting including melodies, which won´t leave your mind for a while.

Next band is The Saddest Landscape, which are finally active again. After some years of silence back again, without loosing a spark of energy and passion. They contribute two songs, one which is totally new and another one which was previous released as "the temptation that is you" but this time rerecorded as a "forgiveness-version". The first track is one of the harsher songs they wrote and it offers you an idea about how The Saddest Landscape could sound on their next album. The second song is calmer and reminds you back to the time when this band started playing music. An ear-catching melody, which is played in a drive that makes sure that people who are into this kind of music will be attentive. What is characteristic for both songs is Andy`s significant voice. Like in the recent past, this is one of the distinctive features. All in all two songs that bring you the beauty and the beast which is anchored in this band.

Last band on side a is Netherlands Captain, Your Ship Is Sinking. This song was recorded in the same session, they recorded their songs for the split 12" with Mio. The song builds up itself for two minutes before there is some kind of breakdown. Spoken words and a simple melody are filling this part. Thereafter the main/end part starts. Catchy dynamic melodies and a very good drumming characterize this part. After around 7 minutes one of the best CYSIS songs ends.

The B-side starts with Kias Fansuri. These guys contribute their final 4 songs to this compilation. these songs are really the best ones, they`ve ever wrote. you really hear that kind of kias-typical sound and songwriting, but this time it sounds like this made a really progress and the output is awesome. you would miss the chaotic kias parts in this recordings. this songs have a clear and good structure. the drumming on this recordings is really awesome. it is pushing everything forward and has a simple but dynamic way to do it... you really will love the songs, especially their last song here is great.

The Isaiah songs sound like this are two missing songs from their last album. Expect really good Isaiah quality. changing between fast, chaotic parts to slower melodic parts. vocals screamed and spoken. you really can compare this to many heroic bands playing hardcore/screamo and it would perfectly fit on some kind of mixtape with them ;)

Adorno mark the endpoint of this record. Their sound still develops more and more in the direction of post punk/hardcore. They contribute two songs as well and do a great job. Very forward rocking guitars, the high frequency voice, solid bass lines and really smooth played drums bring once again the typical Adorno-sound to this release. The second song, which is called "connections", brings this great record to the end.

Latest output of Resurrectionists and the last songs from Arse Moreira pressed on a wonderful 6inch vinyl. Resurrectionists start on side a with a slow beginning intro. After around two minutes you ll hear, what you ve expected. Fast, dark and down tuned hardcore/grind/whatever. Well written melody(!) lines, extreme fast drums and this lovely mix of bright and dark vocals. You ll have no break to take a breath. One of their best songs so far. Arse Moreira will contribute two songs to this split. This songs were formally planed to be used for a split with Louise Cyphre. Both songs are really good. Technical and fast played. Wow!. Sometimes they sound like older louise stuff on this songs. Too bad, that this band calls is quit some time ago.

500 copies on black Vinyl
(co released with react with protest)

NOTE: The rip that I have lists the tracklist as follows: 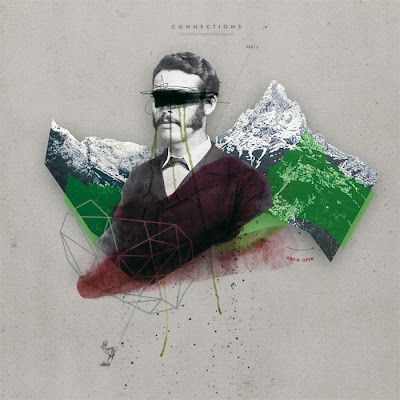 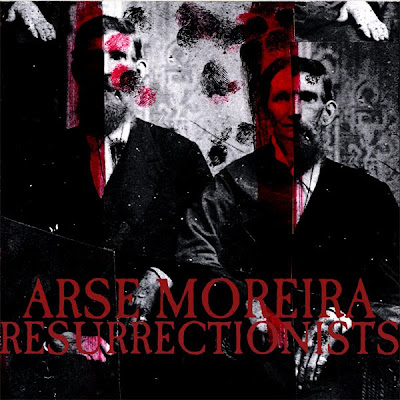 I just got my internet hooked up yesterday. Got a house and all that shit, school started this week as well. Got some posts lined up, seeing as I didnt do anything this summer. My biological son Reid Maynard wrote the post below and picked the picture and shit. He kept bugging me to post this band, so I finally told him to just write a post and I'll copy/paste it on here. Word.
-------
Brave Youth could be best described by their about section on Myspace: "we're 5 dudes from Louisville who love playing fun, passionate music." They sound like a halfway hybrid of pop-punk (extremely catchy riffs and vocal melodies, lyrics about friends, chicks, and bullies) combined with elements of hardcore punk (most noticeably how the drummer is constantly trucking the fuck out of the drums). They released their tape on "Live Nasty Dynasty" which you should go buy.

Also, I've been told they would love to play weekend shows anywhere driving distance from Louisville.

Also, also, the singer's girlfriend's name is Melissa, which is kind of funny to hear some dude that isn't John Galm singing that name.

Jake Lazovick opened the show. Jake is an awesome kid. He stills goes to high school at Wooton on the outskirts of D.C. and he plays acoustic folk punk. He's been in bands like Braceface Mini Punx, Foozle, and Bookworm. He writes heartwarming, goofy, and good natured songs about things like high fives, the horrors of small talk, and hanging out with your friends. It's always fun to see him play.

Next was Busman's Holiday, who I had never heard before. It was definitely a pleasant surprise. Lewis and Addison Rogers (who are actually brothers, apparently) make up a two piece with guitar, and a quirky drum set featuring a suitcase for a bass drum. They play beautiful, sentimental acoustic pop gems with amazing harmonies. They put on an amazing show and were funny, interesting, and witty too boot. True entertainers.

Paul Baribeau closed the show. He just came out with his new record, Unbearbale, but his set list was a great mix of new songs as well as old staples from his repertoire including "Ten Things," "Christmas Lights," "I Miss That Band," "Strawberry," and even the odd jewel "Table Cloth," which features just voice and percussion provided by Baribeau's knuckle on the body of the guitar. He was everything you expected him to be, between going off on tangents about Bloomington and his life at his parent's house in Michigan, or making the drummer of Busman's Holiday do all his between-song banter for a couple of songs during the beginning of the set after claiming, "I'm not doing banter anymore." He even poked a little lighthearted fun at Andrew Jackson Jihad when there was an announcement about their show at The Bell Foundry on the 23rd.

The songs seem that make up Unbearable are a bit more mellow than those on Grand Ledge, which was mellow compared to the upbeat, raucous songs on his debut self titled. But Baribeau offering a less in-your-face approach doesn't mean he's lost any of his initial vest and vitality that drew you to him as a songwriter in the first place. In fact, it works to his advantage, especially in the live setting. His songs still barely surpass the two minute mark, but songs like "If I Knew" and "Blue Cool" work perfectly to showcase Baribeau continuing to grow as a lyricist of brilliant pop-folk songs while retaining his signature snappy, palm-mute laden guitar with new flourishes thrown in that do not disappoint at all.

"Black Strat" might be the best song on the album. Baribeau introduced the song live as "maybe being about Pink Floyd," before giggling and going off on a tangent about listening to Pink Floyd when he was 10 years old. Whatever it's about, it's mesmerizing, with a brilliant chorus:

It was holy
It felt so holy
I said holy shit

Anybody else uttering the same line might come off as contrite or vulgar, but Baribeau's endearing, unmistakable voice make it sound like a revelation. Which is part of what makes Paul Baribeau continue to be such a beloved and relevant songwriter. He sounds like he could be anyone in the room; he just happens to be the one holding a guitar.

Jake Lazovick - Us and Only Us Split