...Who Calls So Loud

After tenuring in influential bands such as Portraits of Past and Funeral Diner, the members of ...Who Calls So Loud formed a new band in the wake of the Funeral Diner break up and quickly put out a full length double 10" and a four song 12" EP in the matter of a year before suddenly breaking up.

What the band leaves in their wake is a twelve song discography spread out between two records and an all-encompassing discography cassette released on Utarid Tapes earlier this year. Due to their previous projects, ...Who Calls So Loud had a devout following before they even released their debut LP. They released their self titled double 10" amidst a flurry of critical acclaim and fan support.

The band's sound expanded upon the framework laid down by Portraits of Past and Funeral Diner to create a dense, epic, and dark soundscape on their debut LP. Impressive, dynamic drumming and a growling bass tone frame the frantic, yet restrained and intelligent guitar playing, which often makes compelling use of rhythmic shifts, and delay-washed introspective passages. The vocals are great, filled with powerful emotion and consistent motifs and themes lyrically.

The jewel of their discography in my opinion, though, is their self titled 12" EP. Each side features two songs: one instrumental intro song that leads into two of their finest and most diverse songs. On the A Side, the glitchy "Hey, I'm Outside" leads into what is the snappy, snare-driven "M'ed Palms", the band's shortest proper song. On the B Side, the moody, weird "Resonant Grain Silo" leads into the epic, nearly 9 minute long "Lark Vs Rascal", which in my mind is the band's best song. It swirls and builds, decays and re-blooms, successfully uses post-rock elements, and showcases the band's ability to write an absolutely beautiful yet crushing song without ever becoming too redundant and drawn out.

I had the privilege of seeing these guys play Barclay House in Baltimore on their last U.S. tour, and I'm glad I did.

Buy the 2x10" from Robotic Empire

Buy the 12" LP from Protagonist

...Who Calls So Loud on Myspace

Labels: ...Who Calls So Loud, Emo, Funeral Diner, Portraits of Past, Screamo

Thursday night was fucking cold. I'm talking like ten degrees cold. For some reason I thought that it would be a great idea to not wear a jacket during the walk from the car to The Blue House, and to my surprise it wasn't that bad. Thank you Cannabis and other plant I can't spell.
We arrived at the show like a half hour after the show was supposed to start. We heard a band playing, but it wasn't Tera so we just stood outside and smoked. This was the first house show I have been to in Olympia, so I had no idea what to expect. We made our way down to the basement, which was pretty nice, and watched the first band play. The band was made up of the kids who lived in the house, I forget what they were called. It was okay. They did the switcheroo like twice with drums and guitar. One cool thing that they did was use some effect to make some Red Sparrowes-esque effect on the guitar that sounded like wind or something.
Tera Melos played second and it was pretty sweet. The guitar was a bit low, and the vocals were pretty high, but it may have been because I was standing behind the band near the bass cab. I didn't think I was going to like the new drummer because I normally don't like it when bands switch members, but this dude was legit. The guitarist, who looked like he was shrooming, was the focal point of the set, aside from the kid playing the bells and unplugging the guitar amp and the kid who was freaking the fuck out the whole time. We have dubbed that dude Freak Out Kid. This was the second time I have seen this kid, the first was at a Kidcrash show in Portland. There is a video of him, and when I get it it will be up here.
Anyways, Tera played a few songs that I'm guessing are off their new album, I didn't know them but they were pretty cool. They also played a Pantera cover, a bunch of songs from "A Complex Full of Phantoms", and some melodies. "40 Rods" was also played. After Tera was done we left.
Tera Melos is a math-rock band from California that has evolved from a noodley instrumental band to a more effects driven math-rock band with vocals. Aside from their full lengths they have a split with By The End of Tonight and an EP of covers. Its all below, as well as a video from way back in the day. Word. 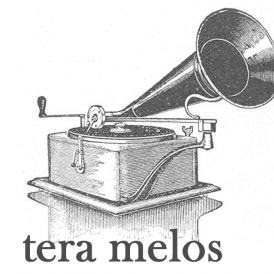 Drugs to the Dear Youth 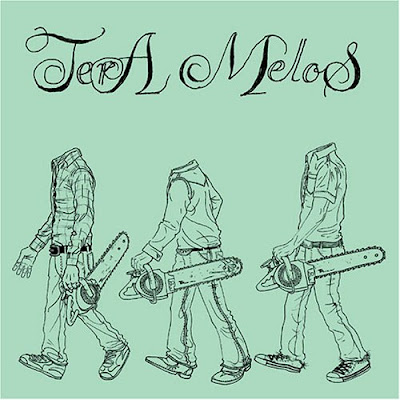 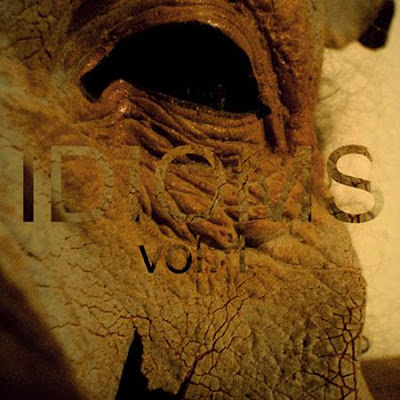 Idioms Volume I
Posted by CHUG LIFE at 2:45 PM 2 comments:

For years, the Pacific Northwest has fostered a vibrant, famous scene. Artists from the likes of Mudhoney and Nirvana, and the offspring of the grunge explosion, as well as diverse acts like Elliott Smith, Carissa's Wierd, Minus the Bear, Botch ,The Kidcrash, just to name a small few, leave just about no genre unturned. Record labels like K Records, brainchild of Calvin Johnson, have put out records from important independents artists for years, including Phil Elverum (The Microphones/Mount Eerie), Modest Mouse, Kimya Dawson, Karl Blau, Little Wings, Mirah, The Blow, and Jason Anderson.

The K Records family has spawned it's own quiet revolution in the Pacific Northwest over the past decade and a half, nowhere near as renowned as the grunge movement of the early '90's, but, in the eyes of some, far more important. On his debut record under the name Lee Gull, Lee Baggett, musical companion of K's own Kyle Field (Little Wings) as well as a member of the band Be Gulls, stakes his claim as an important songwriter in his own right.

The songs on Burn'r are not even comparable to the more existential, introspective laments of Baggett's peers Elverum, Field, Johnson, and more recently, Adrian Orange. They are mostly upbeat, jangly, lo-fi psychedelic pop gems that sound like they could have been the result of Neil Young fucking around in the garage on the 4 track after getting too stoned. They retain a hazy, fuzzy quality that doesn't take away from the quality of the music, but rather adds to it, and brings to mind not only artists like Young and Crazy Horse, but Will Oldham and associate Kyle Field, as well (if they dropped acid and decided to write more guitar solos). Songs like "Clover Hill", the album's opener, showcase Baggett's knack for witty, clever, and catchy songwriting. The music is jammy and fun, complete with guitar solos that never seem too overdone. Burn'r is without a doubt one of the most slept-on records to be released, not only in 2008, but of the decade. This guy has only 48 listeners on Last.fm!

Download this, and then buy Burn'r from Marriage Records or one his other releases People in a Position to Know.

Unfortunately, this is the only release I have by Lee Baggett. I know he has put out several other records, including a split with Little Wings. If anyonse has these please leave a comment or post a link in the C-Box!

Here's a video of what would appear to be Kyle Field and Lee Baggett playing frisbee while "Where Does the Damage Lie?" plays in the background:

Lee Gull "Where does the damage lay?" from greg olin on Vimeo. 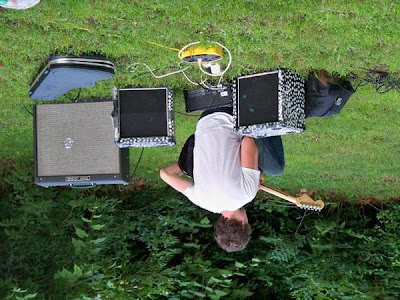 Spermwhales is the ambient/minimialist solo project of Brent Grant of Ze Ultra Boys, Man Pretty and Fuck! Don Flamenco. His spacey music reminds me of doing a bunch of acid or mushrooms. One time I had a conversation with him about music and he told me that the song he was playing for me was the music to a horrible trip. I believe that 100%. We've played some shows with him in the past, and I've seen him play a handful of times, and his live performances are very interesting to watch. He uses two little amps and a shit ton of effects including a Nintendo DS. He told me how he makes the sounds on that thing one time, but its a secret.

I remember this summer he was all bummed out because when he played shows people wouldn't pay attention and would talk and shit, and it really made me angry. It was really fucked up, but after a while he began to make music again and played at my house. Brent asked me to put his stuff up on here, and seeing as I asked him for this shit months ago I'm putting it up now. Below is his discography to date, which includes an unreleased album (Largest Toothed) that was going to be put out on my now defunct tape label. I also have a tape that he recorded in my room, but its back in Maryland I don't think he would want it on the Internet. Spermwhales is signed to Little Furry Things records and you can buy his stuff form his myspace I think. He plays shows again, so if you're around Maryland you should go see him play. Also, his other band Fuck! Don Flamenco is having a VHS release show sometime in December or something and should be pretty cool. I know if I'm around I'll be there. Here is a video called "Dreaming". 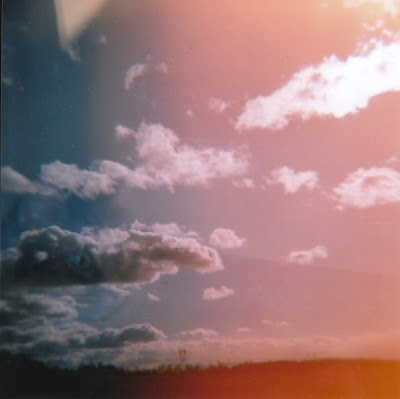 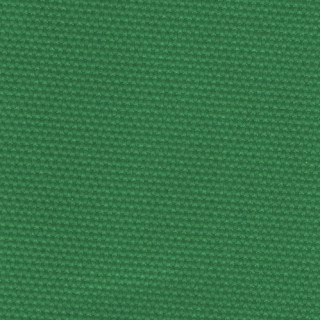 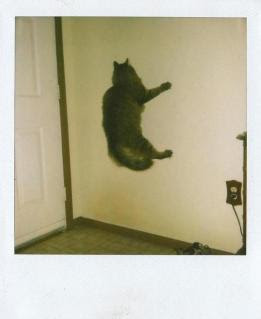 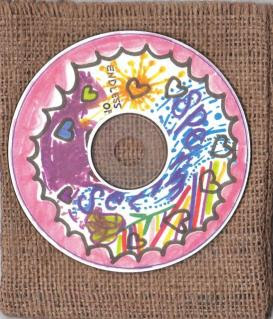 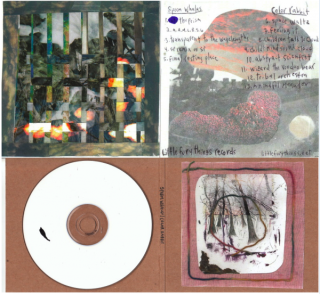 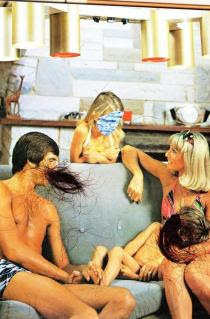