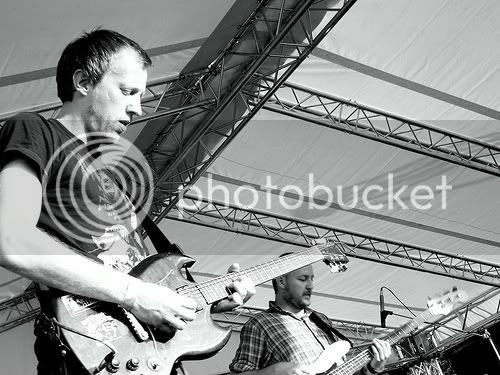 Amanda Woodward is a kickass French screamo band. i heard all the lyrics are pretty political, but i have no idea if they really are seeing as i dont speak french. they are not like most "screamo" bands around becuse they arent really pussy (we're looking at you, saetia), nor are they really hardcore; they tiptoe the dividing line quite nicely. pay close attention to the drums on the picture disk.

To date, they have put out four releases, two of which could be called full lengths. They have a two track (what i would call) demo, and a split with another awesome band, 1905.